CCTV - Sometimes perception can be just as powerful

Dummy CCTV cameras, is it or is it not, can you be sure?

As you know CCTV is a major security idea here in the UK and has been for at least 20 plus years.

When I started in the trade tube cameras were still being used, back in the late eighties, compared to cameras these days, they were massive, the lenses used were state of the art and quality, well compared to CCTV today was something less desired to say the least.

Sometimes fake CCTV cameras can have just as much impact as the real thing and in fact  when I was on the tools fitting outdoor dummy CCTV cameras happened quite a lot, either to complement working CCTV or stand alone, by the time the signage went up, in reality there was no real way of knowing if what was fitted, was real or not. 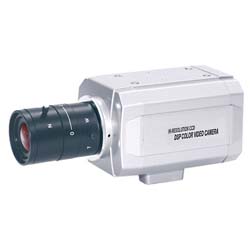 The trick is to ensure your dummy CCTV security camera looks like the real thing, to be honest there is a lot of dummy cameras out there that actually look dummy and you might as well write on a piece of paper under the camera This is a dummy camera because it really is.

The best thing to do, for outside is to buy a professional CCTV housing, one that does not have any gimmicks, like flashing LED,s that seem to litter the fake looking ones. Another special top tip is to pop down your local toy shop and buy a children's pair of binoculars and cut the eye piece off and mount it inside the housing. There is no better way of implying that a proper camera is inside the housing. The camera is normally mounted to high for anyone to really see the difference.

Cameras for inside use can also be dummy, dome cameras, with smoked lenses covering the outside makes it incredibly hard to see the lens inside and if you can notice in which direction it is pointing. Bodied cameras (old fashion type) on a camera bracket can be bought but with a proper lens fitted but no CCD chip or electronics inside, this make the camera look real but off course we would and the client would know better. 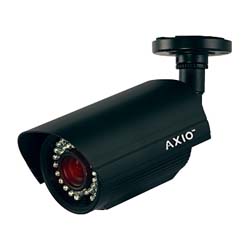 Pop a few signs up on the wall and for a few hundreds of pounds you could have a perceived deterrent that can give the same security as the real thing, illusion can be a strong force if displayed correctly, the only downside is maybe one day you bluff may be called. or the system, is so good that you have the police knocking on the door to want to register your system, or a crime may have been committed locally and the local police decide to pop in and see if they can see any recorded footage, when you have to embarrassingly let them know its fake, perhaps they may leave with a smile on there face, but at least it fooled them and that is the whole point of dummy CCTV cameras. but do not skimp, invest in Real cameras that have had their guts taken out to reduce the cost, DONT buy fake cameras that look fake, they can be recognized a mile off.

Thanks for taking the time to have a read