With this in mind you will always stop at the traffic lights on the A449 as you travel through Monmouth. But to be honest I have never actually popped into the town on Monmouth.

I understand that there is a big college there and is recognised world wide as a great place of learning.

Reading a bit on Wiki it seems Monmouth has had a lot of historical importance over the years. Perhaps it is more that the town lies on the border of Wales and England and conflicts between the Welsh and English.

The town is mostly known for agriculture than industry and a lot of weaving was done in the area as well,

There is talk also that QR codes have been used where you can use your mobile phone and take a photo of the code to download historical information that that QR code relates to.

Anyway, with-out further ado, lets have a look at the crime figures for the town in a little more detail.

Burglary, figures for a town with around 10’000 inhabitants of only 4 or 5 a month in my view is brilliant, looking through the months to the beginning of the year has shown a fall of around 20% to 30%

Violent Crime is nye on non existent in the town, with only one or two reported incidents a month it is great to see a town in harmony. Violent Crime is listed with the same as sexual offensives and Grievous Bodily Harm. What is great to see also this year is that there has been no reported incidents off Robbery what so ever, The more I am reading these stats the more I am beginning to like this town, In fact I think I may just soak up some of its history and spend a weekend in the town.

It does have its fair share of anti social behaviour, registering around 25 incidents a month but to be honest I don’t see this as much of a problem, most of this is registered around the town centre, and you can guess that would only be around seven incidents a week, Be great if there was none, but I guess that would mean taking the drink away. 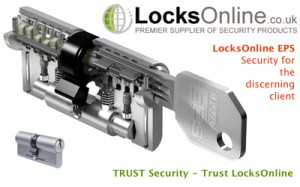 The town has one of the oldest working theatres still active in the town centre called ‘The Savoy Theatre’ The location of the Theatre has been there since the late 1700’s Now it is showing all the latest films as well as some great acts, like this month Lenny Henry will be on stage.

15 reported Incidents of Drugs has been recorded in the town this year so far that works out to just over one a month. This indicates Monmouth does not really have a drug problem. Perhaps this is a testament to the hard working police men and women that patrol the town and keep it safe. A big thanks to Inspector Mike Boycott and his team. Also if you want to do something yourself they have an active Neighbourhood Watch Scheme and more details can be sought from the Police station in Tudor Street, Or give the guys a call on 01495 233903.