Nobody will disagree with the fact that burglars will always follow the money and this is why celebrities are constantly the target of criminals. Following on from this, it's little surprise to see the stars spend so much money on home security systems to deter criminals from invading their property.

Burglaries on the homes of celebrities are constantly hitting the headlines, with one of the latest involving radio DJ Chris Moyles. Whilst away from his home, thieves broke into his house and stole two of his most expensive cars, only to ditch them several miles from his property. Liverpool football players have also been the target of criminals, with the likes of Steven Gerrard, Lucas Leiva, Dirk Kuyt, Pepe Reina and Daniel Agger being just some who have been targeted. In the case of Gerrard, the fact that his wife was confronted by four masked men shows just how serious burglaries can become if they are disturbed. There have also been several cases involving massive Hollywood stars, with Paris Hilton being the subject of several break-ins.

Following on from the above, we'll now take a look at some celebrities who have taken home security so seriously that they spend vast amounts of money on systems and personnel to keep their property safe. 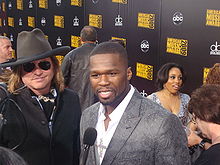 It has come to light that rapper 50 Cent spends no less than $20,000 a week on security for his home in Connecticut. This equates to around $1 million a year and he says that it's not only to protect him from criminals, but also from any lawsuits that could occur through trespassers. 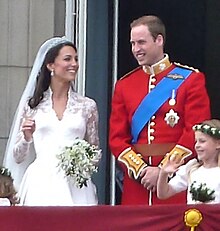 However, while some may think that 50 Cent spends a fortune on his security, it is probably not going to be anything in comparison to royal couple Prince William and Kate. Even though no figures have yet been announced for the systems that are going to be installed on their apartment at Kensington Palace, an application for planning permission does reveal what the young couple are trying to implement. All doors will be of the "air lock" variety, while there will be an extensive CCTV system as well as rising bollards and spiked railings. As well as this, the couple are under the eyes of protection officers day and night, meaning that their security really is some of the most advanced around.

Being one of the world's most famous couples certainly has its drawbacks and home security is undoubtedly one of these. Experts believe that ìBrangelinaî could be shelling out around $1.4m a year for their home security, due to the large nature of their family and also the fact that both are constantly traveling. The protection and surveillance mechanisms cost around $500,000 per year, with these involving 24-hour cameras that stream directly to an on-site security team.

Having been the target of multiple burglaries, it's no surprise to see that Paris Hilton has installed an advanced security system into her home. This certainly appears to have been a worthwhile investment as well, after Hilton was the subject of yet another break-in on her home by men carrying knives. Her security cameras and alarm were able to immediately notify the police, who promptly arrived at the house and arrested the intruders.

Unfortunately, there is no information available on just how Britney Spears protects herself and her property, yet figures have at least been released that show how much she spends on home security. In 2008 the singer splashed out almost $450,000 on her security systems and personnel - which again gives a glimpse on just how seriously the A-list celebrities take their protection.

Liam works as a sports staff writer over at Bonus Sports Blog. Taking a much needed rest from writing about golf, football and rugby and all other sports.