How does a five lever lock work?

For us in the industry this is a little bit of a no brainer, but the customer or the individual out there, who is interested in what exactly is keeping their front door shut from the outside world, read on.

Historically the lever Mortice Lock has been around for some time, they range from locks having one lever up as far as seven levers as far as I am aware. There are variations to the lever lock, but for the purpose of this article we will keep it basic.

In one of the pictures it shows the bolt stump as marked, this projection of metal is what in effect stops the bolt from going backward and forward, The levers act as stops in an effect to stop the bolts movement. 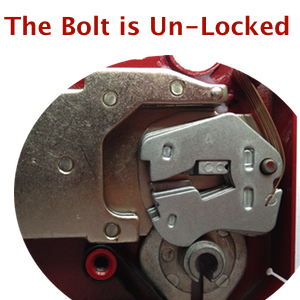 To lock or unlock the bolt the bolt stump would need to travel through the gap.

The gap/gate in the lever, can be in different positions, this gap can be up nearer the top or lower near the bottom in the lever.  The position of the gap in the lever denotes the cut of the key. 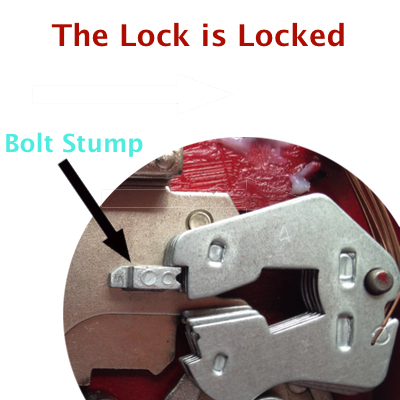 The end of the key that you stick into a lock is called the bit. The bit is shaped to correspond to the different levers in the lock, each step in the key corresponds to the lever gap position. There is no exact formula for these positions, different manufactures have different gap locations in their levers, the pivot angle and length also has an effect as to the position of the step in the key.

You will also notice on the lever, a small indentation just below the gap. Also on the right of the bolt stump a grove. This is to simulate a dummy gap. If someone tried to manipulate the lock and lifted the lever to high the bolt stump may get caught in the levers trap as shown in the picture. If this happens the lock will not open not matter what you try, the manipulator would have to reset his work and start again. 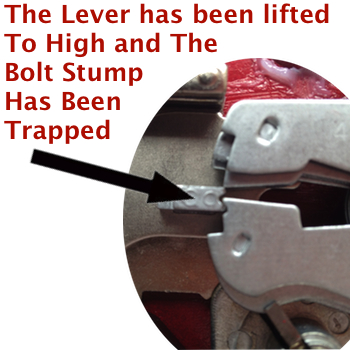 So now all you have to do is multiply this lever by five and you now have a five lever lock.

I very much hope I have explained myself to allow you to understand exactly what is stopping burglars getting into your house. Sometimes very hard not to get to technical and geeky about these things :-)

Thanks for reading by blog

Head of the Tech Department