Who would have thought this years Welsh Three Peaks would have taken so much out of the LocksOnline team.

We thought we had trained hard, every weekend doing between 6 and 15 mile hikes up and down hills, around the beautiful Pembrokeshire Coast, even traveling to the Wye valley for some extreme walking. Out in all weathers and had been at it for over four months priory to June the 14th. 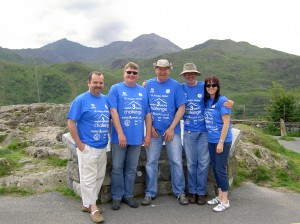 years. In the past we had travelled up Snowdon via the Pyg Pass and down to Llanberris to complete. This year, however, the organisers decided not to ascend via the Pyg pass but via the Miners path. This is a beautiful track up Snowdon as you pass the lakes that sit around 500 meters above sea level, but, after an hour or so you soon come to the cliff face where there is only one way up and it is virtually vertical. Perhaps it is not, but after climbing about 100 meters, it is not long before the sweat starts pouring, legs start hurting and the heart rate starts to climb the scale, at some points I was pushing well over 165 BPM.

We found every twenty to thirty meters we were having to take a break just to catch our breath and let the old ticker come down a few points. I remember myself thinking this is far harder than it was two years ago, was I not as fit?, was it the Miners Pass or simply is it because I am now, two years older.

About three quarters of the way up the side of Snowdon you come on to the Pyg Pass trail and it still continues steeply up to the first marker and then you plato where you can now see both sides of the mountain. However, you are not finished yet, there is still a walk to the highest point at the top where the Ty Hafan marshals looking all fresh and full of grins stamped our pass to saying ‘well done’ as we reached the top. Off course, the obligatory photo shot of us at the highest peak in Wales need to take place … Smile Please :-). 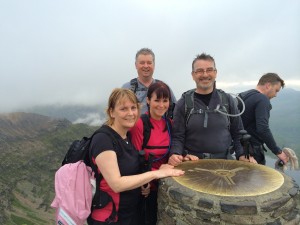 The views from the top of Snodwon is just fantastic and this year we were blessed to see all the way round the mountain and the adjoining valleys and other mountain ranges. The view was simply breathtaking.

But as with all up hill accents there is a time that you need to go down. The route is down the long and winding path all the way into Llanberris, which plays havoc with your toes and knees. This year I invested in a set of walking sticks to take the pressure off the knees and it certainly helped immensely.

By about 08:15 we were off the mountain, grabbing a well deserved cuppa and speeding our way to Cadir Idris.

Idris’s Chair, is no resting place for the weary I can assure you of that, as far as I am concerned and quite possibly a lot of other fellow Welsh Three Peaks enthusiasts would concur that the first thousand steps simply zaps all your available energy and this time having less because of the the Miners Pass on Snowdon, we found ourselves really struggling to make significant dents into the climb. I recall we start at around 50 meters above sea water at we climb up to over 850 meters above sea water so in essence the climb is more than Snowdon. This year, again the organisers had changed the route, as before, we used to come back the way we went up but this year and of course subject to weather we would go all the way round the mountain and down the other side. Again the accent was slow and evenly paced according to the amount of energy we had. The last time I did Cadir. the highest peak was off limits because of the fog and gale force 8 winds on the top of the mountain, but this year you could see it all.

One thing about Cadir is there is in effect two peaks, the first one they call the false peak, but is only about 10 meters less than the real peak but you descend about 150 meters only to then re climb upto to the higher and the final peak. B 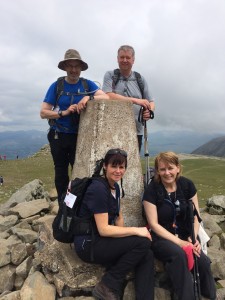 y which time I was totally exhausted and was worried that if I had to go back the way I came I would not have been in any fit state to have turned around and went back the same way. I was de-hydrated, sweating, shaking and getting muscle cramps in my legs. ‘Guys’ I shouted ‘I am going to have to take five before we go any further’. After about 15 minutes, a few cereal bars and a bit more water Ifelt a little more refreshed to carry on the downward leg of the walk.

Because of my struggle at the top, Eve my partner and a true friend Darren carried my rucksack down to the bottom. allowing me a bit more time to recover.They said it was easy, no way as hard as getting up gave me the dutch courage to soldier on. Only to find someone was a little economical with the truth. The decent was down a parallel line to a fence and was as steep going down as it was going up. You could see the bows in the wire on the fence where people in the passed had used the fence to maintain a respectful speed and a controlled downward decent. It would have been easy to have slipped and could have very easily hurt yourself in the process.

Around 5 hours later. longer than we wanted we arrived back at base camp, absolutely shattered from our ordeal. Hot tea and light snacks was enjoyed by all as the drivers John and Jeremy pushed us on to Pen Y Fan.

One of the great parts of the trip is the, at least two hours it takes to get from Cadir to Pen. It give s us time to rest, sleep and build up the strength to march on with the final climb.

If you would have asked me to climb Pen after the struggle I had on Cadir I would have said no, but those two hours is a complete life saver and it allows you to reflect on the people that have given us money to complete this challenge and off course the young chidden and their families who desperately need the funds to keep Ty Hafan open all year round. The inconvenience I had with climbing three mountains is pale in reflection to the hurt and pain that the children and their families have to endure every day. Those two hours in the van allows you to take stock and reflect on it all. To give you the andrelion to march on and spend the final two hours on Pen to complete the challenge.

Pen is still a 850 meter mountain but at least the accent starts at around the same as Snowdon around the the 400 meter mark, so it is not that far to climb compared to the others. I have written in the past that Pen is a walk in the park and two years ago I had no real issues with it. but this year, with the heat, every step burned as it took just over the hour to hit the summit. 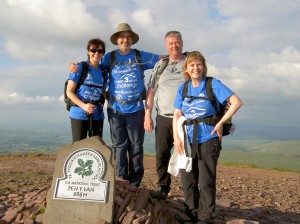 With the evening drawing on and the breeze picking up, you knew you had had enough of these mountains and even though you wanted it all to end you did not have the energy to make it go quickly, We all were suffering from exhaustion and bad knees and the steady pace had to ensue to ensure we got down safely.

Some hour or so later we were at the bottom being eaten alive by midges and we got the well deserved ice cream and landed midge splatter on top.

I could not wait to take my boots and socks off to let my feet breath, you have been sweating all day, feeling so much drained knowing you now had a three hour drive back home. At least we had the Monday of work to help rest after the task.

Was I fit enough?, I know I was around a stone heavier than I was two years ago. On reflection probably not, I know most of us struggled. But then we were a team with an average age of 50 and we did manage to get it all done at a quicker pace than some who were half our age and for that we take consolation in probably thinking on the issue, had we trained enough?

The walking sticks certainly helped me and as the same as others it helped with the downward legs of the walk.

Eat breakfast before you start, this year I did not as it was only 20:00 hrs the night before I had a meal in the local. By the time I was down off Snowdon I probably had no food left.

Little water and often, but I found this year I was drinking more than my body could absorbed, therefore, it made me feel bloated and ill coming of Cadir. With the heat of the day there was not much I could do, but would have appreciated some more education in water intake control ratio on sweating. Classic signs of muscle cramps and a dry mouth demonstrated I was de-hydrated but no amount of extra water in the instance could alleviate the de-hydration only time and rest kicked my body back into action.

I think we have managed to raise over £5000 this year, not all the money and pledges have come in but hopefully in the coming weeks we should have a more accurate account. and on that basis I thank all the people who have sponsored us this year. 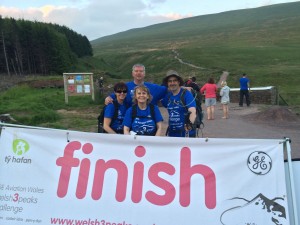 We found it tough this year, but please do not feel discouraged if you fancy giving it a go, but perhaps train more, start training earlier and build up to the event.

My stats show I burned over 9000 Kcal and lost 1/2 a stone (probably fluids) on the day. The Welsh Three Peaks is not for the fainted hearted but worth every penny.

Many thanks to Ty Hafan for your efforts to organises such a fantastic event. and thanks to all the unpaid supporters who kept us all safe on the mountain.

And a big thanks to all the friends, businesses, and people who we did not know but still found the generosity to give their money toward the cause.

Head of the Tech Team 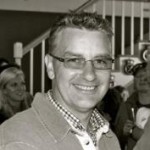