I dont mean to scare you folks but Im going to talk a little about vehicle security and van locks.

Until now most break ins on vehicles were a simply an open and shut case were either the aim of the criminal was to steal the vehicle itself or was a spur of the moment crime of opportunity when a seemingly expensive item such as a laptop or mobile phone was left out on display. There are reports of cars being broken into simply to steal the loose change that had been out on display in the centre console, I kid you not!

With the economy in the fragile position it is currently in, it is as no surprise that opportunistic thieves are taking the risk to commit an offense to gain so little. I personally have been a victim of car crime, a short time ago my car was parked overnight in a multi-story car park that was supposedly under CCTV surveillance. I returned to my car the following morning to find my driver side window shattered and glass strewn all over the inside of the car, 18 months later I still find fragments of glass in certain nooks and crannies when I clean the car out. I purposely never leave anything on show inside the vehicle as I think its asking for trouble however on this occasion my precautions were ignored anyway. They attempted to steal the car but I assume the immobiliser made their life pretty difficult but not before making a big mess of the ignition housing. Three weeks later and 240 miles away my friends van was broken into, he is a professional musician so keeps  fairly high value equipment therein, he lost close to £2,000 worth of equipment including a guitar he bought in the US that had huge sentimental value to him.

Now imagine that, like him, you own a van and you keep the tools of your trade inside, without which you couldnt earn your wage and livelihood? Sure you can claim against your insurance for this but it doesnt help you in the short term when you have to replace this out of your own money, not to mention an increased insurance premium for the following year.

What I suggest is the old saying that 'Prevention is better than the cure'. On the market now is a range from a manufacturers known as Armaplate and Abus, both offer extremely good protection, they can supply a range of devices that are make and model specific to protect you van and by extension your livelihood.

Armaplate protects the vehicles lock mechanism from theft attack and requires no input from the driver, no additional keys are required and there are no visible fixings to be attacked or tampered with and have the 'Sold Secure' Gold award making them a formidable ally against theft. Whats more is that they can be fitted within 30 minutes, a very good use of your time if you ask me!

For more information on the range of vehicle security locking solutions, click here 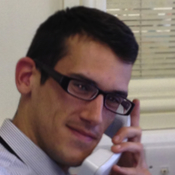