Here we go again fit, ready and able to carry out one of Ty Hafan’s toughest challenges this year The Welsh Three Peaks Challenge. 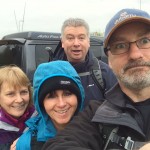 LocksOnline put a team together back in 2012 and here you can see the article we wrote about the aftermath ‘Welsh Three Peaks 2012 the aftermath’ . We raised over £3000 towards Ty Hafan Children’s Hospice in Cardiff that looks after Life limited children’s darkest days and provides support for the families before, during and after. It is truly up there with the best charities in Wales. 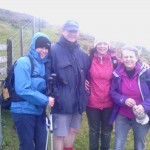 Is to climb the three highest mountains in Wales, namely Snowdon, Cadir Idris and finally Pen Y Fan in the Brecon Beacons and this is all done in a 15 hours window which includes traveling from north Wales (Snowdon) all the way down to the South in Brecon by Cardiff.

We have managed to get a motley crew together for this years challenge, We have Angela Murphy (works for the NHS) Darren Briggs (MD for Crossways and Bush Service Stations also owns Kwik Save in Milford Haven) Eve Jones (works for The Walters Group Milford 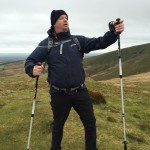 Haven) Alec Don (CEO of Milford Haven Port Authority) Me, Darrel Walters (MD of the Walters Group and LocksOnline) Also we have John Wilkinson and his friend Jeremy (both are civil servants) who are the support team and drivers to the five of us scaling the mountains.

Our target is £5000 this year and its going to be a tough one, we are planing some great eventover the coming weeks to raise some pennies.

We have a just giving page

also you can text 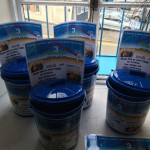 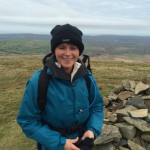 This is a great cause and one that we are proud to be part of and we are all hard in training. Gym and swimming in the week and then some long hard walks over the weekend of anything between 10 to 15 miles to build up the stamina for the event. We have been to some spectacular places like Rhaeadr in Mid Wales, Lys Y Fran Dam, Preselli Hills and the famous coast path in Pembrokeshire. This weekend we are off to Brecon Becons for some training.

We would love your support and if you can spare some pennies it would be very appreciated. 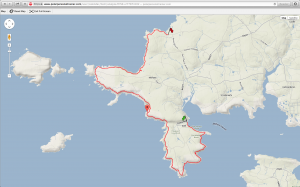 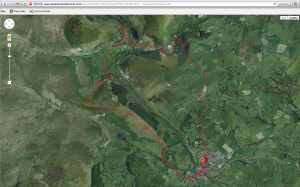